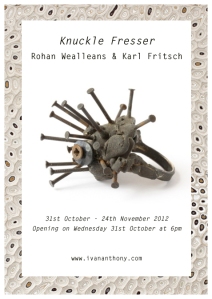 Leg of Lamb has just discovered the work of ‘Japan’s Only Corpse Photographer’, Kiyotaka Tsurisaki.  The former adult movie director turned his attention to dead bodies in 2004 and has photographed over 1000 of them.   Kiyotaka often travels to areas of political and social unrest (including places like Colombia, Palestine and Mexico) and sometimes trails police cars to find his shots. There’s no denying Kiyotaka’s work is confronting – reminders of the transience of existence and the fragility of the human body are always hard to stomach – but he is by no means alone in this line of investigation.  His work got me thinking about other photographers that deal with mortality, including:

The infamous New York press photographer who unflinchingly recorded life and death on the Lower East Side in the 1930s and 40s.

The Mexican photojournalist who documents the fallout of drug related gang violence in Mexico.

Well, one work in particular really (above), from Simon’s series ‘An American Index of the Hidden and Unfamiliar’, featuring the world’s primary research centre for the study of corpse decomposition in Knoxville, Tennessee.

The American photographer who documented the same Knoxville site in her typically romantic style in her 2003 series ‘What Remains’.

And then of course there’s

The former U.S. army photographer whose classically styled compositions containing disembodied corpses are often photographed in Mexico, where the American artist has greater freedom to work with the fragments of humanity he finds in the country’s morgues.

Not for the faint hearted

Venice Biennale curator Massimiliano Gioni has named next year’s event after a 136 story skyscraper that was never built.  The futuristic tower – intended to sit on top of Washington D.C.’s national mall – was the brain child of Italian American artist and wannabe architect, Marino Auriti.  Auriti developed the “Encyclopedic Palace of the World” in the 1950s while working as an automechanic and spent 3 years making a 1:200 scale model of the structure (pictured).  For Gioni, “It’s the crazy dream, bordering between knowledge and madness, image and imagination” that made Auriti’s skyscraper such a potent symbol.

Gangnam Style is a rather horrific pop tune by South Korean rapper Psy that in recent weeks has gone viral, spawning a plethora of Gangnam memes.  And now Ai Weiwei has jumped on the bandwagon, posting his own version of Psy’s signature pony dance.  The ebullient artist and his posse look like they’re having a hoot, but Ai also spikes his frenetic dancing with a provocation.  In several scenes he brandishes handcuffs, hinting at the Chinese government’s attempts to restrict his freedom.  This latest video is yet another example of the artist thumbing his nose at authority, and having a jolly good time while he does it.